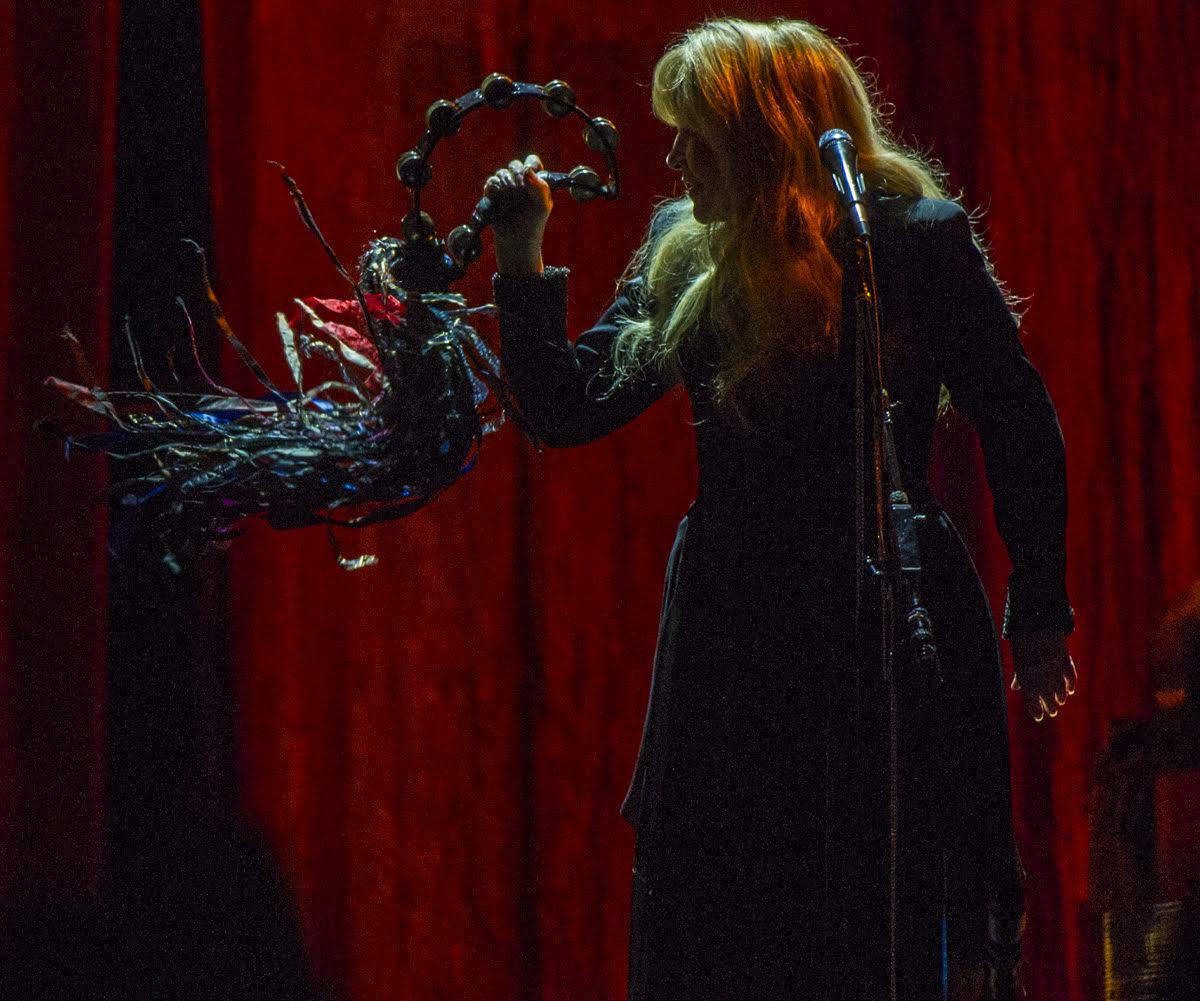 It’s rare that someone takes the stage and you can actually feel the energy of the room shift, but Stevie Nicks had that force inside the Pepsi Center Thursday night.

The Phoenix-born rock goddess started her career more than 40 years ago, yet her passion for music was more commanding than ever. Nicks opened with “Gold and Braid,” a song originally intended for her “Bella Donna” album that never made the cut. The lively jam allowed Nicks to shimmy her shoulders and open up her infamous sandy vocals. Opening with the not-so-well-known song prepared her fans for a set-list of rarely-played treasures. But the whole night wasn’t just treasures. Those for the classic Nicks hits got exactly what they went for.

The Pepsi Center show was just the second night of her 24 Karat Gold Tour — the first in her hometown of Phoenix — so kinks were to be expected, but Stevie Nicks didn’t miss a beat. She jetted into “If Anyone Falls” and then with a couple twangs the guitar, she brought the entire crowd to its feet with “Stop Draggin’ My Heart Around.” Standing in for the original duet’s Tom Petty was Chrissie Hynde, whose band The Pretenders opened the show. Their raspy vocals were perfectly in sync proving, as Nicks has been doing for years, that she doesn’t need a man to do anything.

Nicks’ lyrics are not only empowering, but her powerful delivery is what creates a space of vulnerability and connection for her fans. Her latest tour embraces women and highlights Nicks’ mastery of her craft. Her live version of “Bella Fleur” gave fans a taste of her vocal range and proved she still has the vocal chops we fell in love with in the ’70s. But there’s nothing quite like when she performed Fleetwood Mac songs.

When Nicks moved into “Dreams,” it was pure magic. Although there were no famous Stevie Nicks twirls on stage during the song (only one the entire night), when she grasped the microphone and sang “When the rain washes you clean, you’ll know” it reminded fans that no matter what mistakes we make tonight, tomorrow is a brand new day.

Nicks moved through her set quickly, only breaking a couple times to tell stories. She thanked the crowd and shared her tie to Colorado with family from Cripple Creek, and that she has an insane Aunt Gertrude (who we now want to meet.) She continued on to “Wild Heart” and “Starshine” — both of which share a raw pain that fans can dance to. While Nicks has always specialized painful ballads, the hard pang of guitar and steady, solid beat of drums made it impossible to wallow for too long, giving fans that crucial space to explore pain.

She strategically saved the best of her magic for the end of the night. Proclaiming that there were spirits in the Pepsi Center, she donned a golden scarf on her shoulders and performed “Gold Dust Woman” and “Edge of Seventeen.” And with a brief break she came back onto in all black and went into her encore.

She closed the night with “Leather and Lace” from Bella Donna; the original duet was performed Don Henley, but Nicks again, carried it just fine without him.

Far after the lights went up and daydreams were twirling through the chilly Denver streets, Nicks’ fans were left with the feeling they were stronger than they know if they just open up to it. It’s okay to not know what’s next, just be the best you while you figure it out.