24 KARAT GOLD
SONGS FROM THE VAULT

Words… and Music… By Stevie Nicks 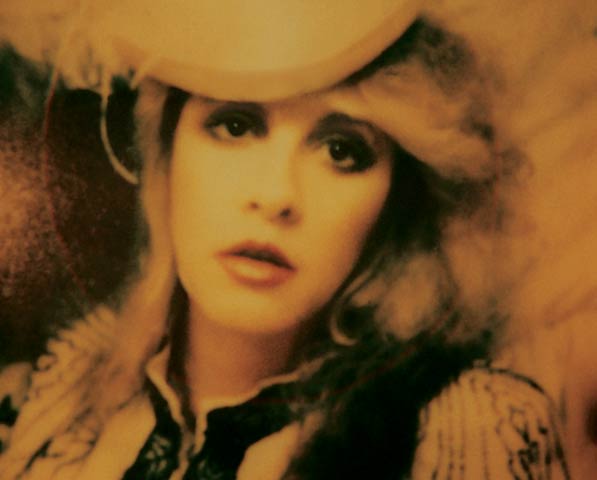 I began thinking about making this record in February of this year because I had about five months before Fleetwood Mac rehearsals started in August. We didn't have a year to hang out and work on music like I usually do. I had about 40 songs originally done in demo form from 1969-1987 and '94 and '95. I thought we could certainly make an album from this collection – probably three albums. Many of the songs were already out there on the internet and fans have been asking for them for years through fan sites and letters. I used to make cassettes of my music and give them to anybody. But to know that these songs were finally going to be recorded with the same love they were originally done when they were demos – that was joyous for me. I narrowed it down to 30 and had to keep weeding out. I think Waddy hit it on the head when he said, "Stevie really writes one very long song. They're all involved with each other. Each song is a lifetime... Each song has a soul... Each song has a purpose. Each song is a love story... They represent my life behind the scenes, the secrets, the broken hearts, the broken hearted and the survivors... These songs are the memories – the 24 Karat gold rings in the blue box… These songs are for you."

From the very beginning of the first song I wrote before I turned 16 to the last song I ever wrote, there's a certain thread that I use because it's just what I do... The songs are all about love and heartbreak – how to pick up the pieces – how to keep moving... I'm really chronicling love from the very beginning. When you write a song and it doesn't go on a record, it floats around in your life for years. You think about it and go over it until it becomes part of your world. These songs are now 24 Karat Gold. It all started when I fell crazy in love with a really super handsome kid from Arcadia High School who is still my really good friend today... Even now when he walks through the door, it's like the same as when I saw him walking down the hall in 10th grade... He started me out as a songwriter... From that second onward I told my parents I was going to be a famous singer songwriter. I was 15 1/2.

You usually don't write songs about being super happy... When you write a song or a book, it's usually when someone walks away. I think that's the first moment you start to think about it not working out and you start to write. The relationship may go on for longer but you've already started writing in your head because you see the future... Other times, you know a relationship won't work from almost the beginning but you wouldn't trade what you shared for a million dollars... 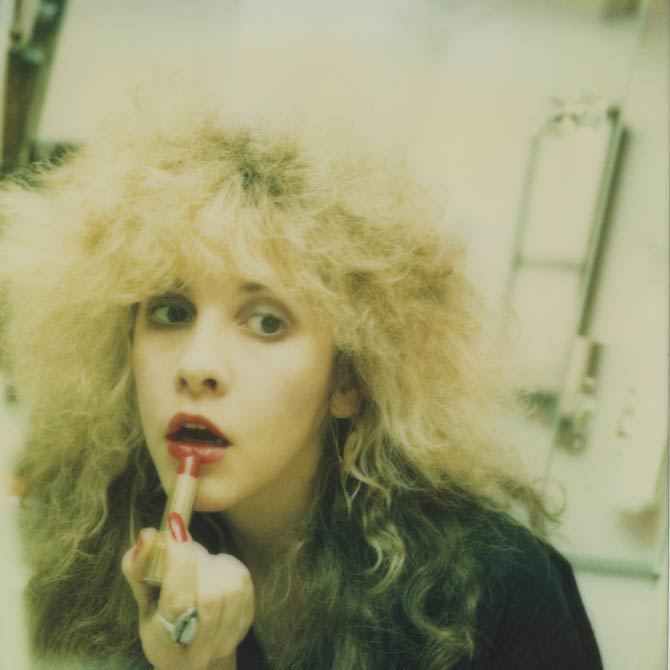 It's not acting... It's never acting... It's the reason I go onstage and sing Edge of 17 every night since '81 or Gold Dust Woman. I just take myself back to that time when it was written... Sometimes I can't remember what happened yesterday but I remember so well what happened through the whole period of time that I wrote these songs.

Fast forward to 2014, I said to Dave (Stewart, co producer), "How do we make a record in a few months?" And he said, "We go to Nashville for two weeks." So we all got on a plane – Waddy (Wachtel co producer/Stevie's musical director), Dave, Lori and Sharon (long time background vocalists), my assistant Karen and I headed to Nashville from LA. By this time, I had narrowed it down to 17 songs. I knew we had to smash the recording of them into ten days. Later I'd figure out which 14 would make the record. We went in on Monday morning and did two songs – even got a good vocal... Then, two more each day through Friday. Then we went into the smaller room to do little touches. We flew back to LA and started working at my house for three weeks doing background and guitar overdubs. It was really coming together.

The only way this would have been possible was because of the amazing "Nashvillians" (as I named them) the brilliant musicians who we worked with in Nashville. Dave said that these guys can record all these songs in two weeks. I had my doubts because I don't know any band in the world that could record all these songs in two weeks. It was like Annie Oakley rode in and hired a gang. We were a whole different can of beans than they were used to working with for sure. They were a great band – tantamount to Tom Petty and the Heartbreakers... They reminded me of Tom's band because they were so good and they played together so well. We were awestruck for the whole time just watching them. For me to stand in the vocal booth and be able to see all of them - that they could learn the songs that fast – it blew my mind... I told them, "I'm making a great record. Don't care if it's a hit record. And they were all on board. We recorded live and just about all the final vocals are live... This was going to be a fast moving train... That is how we roll and that IS how we rolled. And we did it." 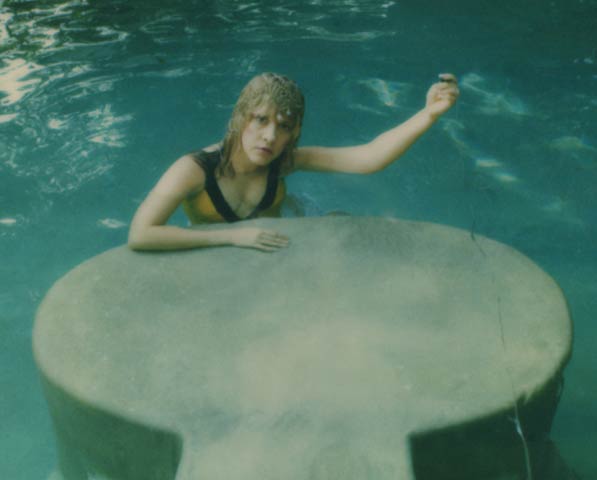 Ages ago I wanted to learn how to become a photographer. I don't sleep at night so I thought, who am I going to ask to stay up all night and then do a show tomorrow night... I'm not going to get Christine (McVie) to be a model... She's going to say, "Are you crazy? I'm going to the bar, bye." And so it began... I had a long cord that plugged into the Polaroid which I put on a tripod with the button in my hand... I'd be completely dressed – red lipstick and hair and long white gown in the middle of the night... I'd start moving furniture and lamps around and kept changing the lighting... Lots of times I ran out of film and would send people out to buy more in the middle of the night but the end result was I taught myself about lighting and how to take a great picture. I realized the songs and pictures from that time all fit together and from these I would select the art work for the album. They were of a time. I had stored them all in shoe boxes and they still look great. Many have a golden tone to them which is perfect for the title of the album. And all the shots are not just me but certain people in my life who surrounded me as I was writing these songs... Everybody is represented here... These songs and photographs came from all these people. This is not a solo effort... We just got the last photo release signed by Jimmy Iovine... Without the pictures of Jimmy, I would have had to throw out the whole idea because he was so important with "Belladonna" and my solo career... If it hadn't been for Jimmy, I don't know if it would have ever really gone anywhere.

I even did some of the calligraphy for the packaging. My trusty assistant Karen found the most amazing calligraphy pen and I decided to write all the titles of the songs. I never thought I could do it but the pen was indeed magical and I thought it was an extra added touch to include the calligraphy as part of the package for 24 Karat Gold.

Regarding Fleetwood Mac, it's going to be so great to look over to my right and see Christine behind the Hammond organ... I've missed her so much... I never thought she'd come back... She said she was never coming back... But she started seeing a therapist and one day she had an epiphany. I think he said, "What are you doing staying out in your castle, Guenivere... What are you doing out there? You need to come back and start living life... Go back to the band..." At that time, it was Mick, John, Lindsey and I touring... She called up and asked, "What would you think if I came back to the band?" And I said, "Chris, it is your band... Get a trainer..." So she got a trainer and she's been working out for the last six months and she's stronger than all of us. She's going to leave us in the dust.